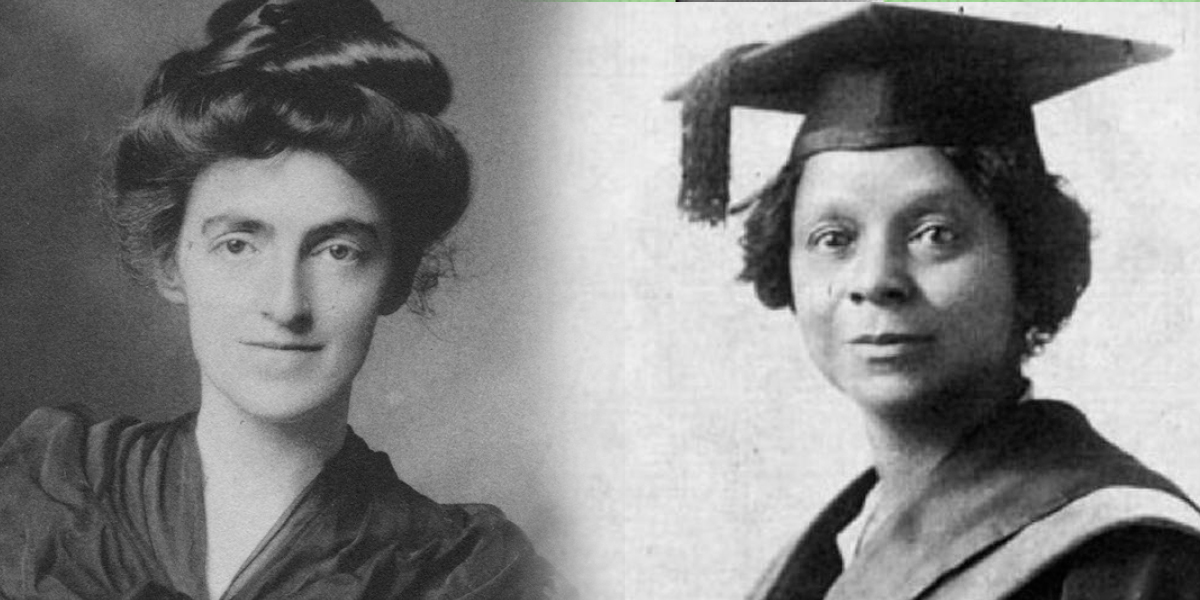 A bronze bust of Dr. Georgiana Rose Simpson was recently installed in the Reynolds Club, once a club for men only, on the University of Chicago campus.  Simpson was a graduate of the school: A.B. 1911, A.M. 1920, and Ph.D, in 1921, when she was one of the first three black women to get Ph.D.s in the United States.  Current students, Asya Akca and Shae Omoijo, founded the Monumental Women Project and raised the funds for the sculpture. An article by Akca in The Chicago Maroon, the University student newspaper, notes that this is the first monument on the campus “honoring a woman for her own unique accomplishments.”

“When Simpson arrived on campus in 1907, white students protested her presence in the dorms,” writes Akca. University President Harry Pratt Judson “barred her from living in the dorm called Green Hall while she was pursuing her studies at the University… even though Dean of Women, Marion Talbot, and head of Green Hall, Sophonisba Breckinridge, fought for Simpson’s right to live on campus…” Nevertheless, Simpson persisted, and completed “her studies remotely, through correspondence and through summer coursework…”  She became a professor at Howard University.

Sophonsiba Breckinridge was the first woman to graduate from the University of Chicago law school.  WBAI historian, Charlotte Adelman, also a University of Chicago law school alum, reports that Breckinridge was a subject of last year’s law school graduation address titled, “What It Means to be a Lawyer in Public Service,” by Richard McAdams, Bernard D. Meltzer Professor of Law. He said, “I just want to say something about … how lawyers can serve the public interest. I want to do that by reminding you of three exemplary Chicago law graduates—a professor, a corporate lawyer, and a politician. Their years of the past may help answer your questions of the future.

The professor was Sophonisba Breckinridge.  Born 151 years ago in Kentucky, her father and brothers were lawyers, but they resisted her efforts to study law. No woman had ever become a lawyer in the state.  Breckinridge persisted, studied in her father’s office, and passed the oral exam. She joined the bar by swearing, as all Kentucky lawyers did, that she had ‘never fought a duel with deadly weapons.’

Persistence rewarded, she received an academic job in the University of Chicago’s Department of Household Administration. That began an extraordinary career. Breckinridge and a few others essentially created the professional and academic fields of social work. She introduced the case method, borrowed from her study of law. Her work on poverty, immigration, juvenile justice, and women’s suffrage was heavily influenced by her legal training. She became the first woman president ever sent to represent the United States at an international conference. Her life exemplifies persistence.

Breckinridge once wrote: ‘If the progress seems often incredibly, unendurably slow, the social worker must pray the prayer of the poet, to be filled with a “passion of patience.”  ‘The same is true of the lawyer. For the causes that matter to you, when the progress is unendurably slow and interrupted by setbacks, we need a passionate patience, the willingness to engage for the long haul.’

Breckinridge is mentioned in the book WBAI75: The First 75 Years, written and compiled by Charlotte Adelman.  If one searches Sophonisba Breckinridge, one will find a list of all the associations she served.

Elsie Holzwarth was a solo practitioner for many years before retiring. She is a member of the WBAI Newsletter Committee.