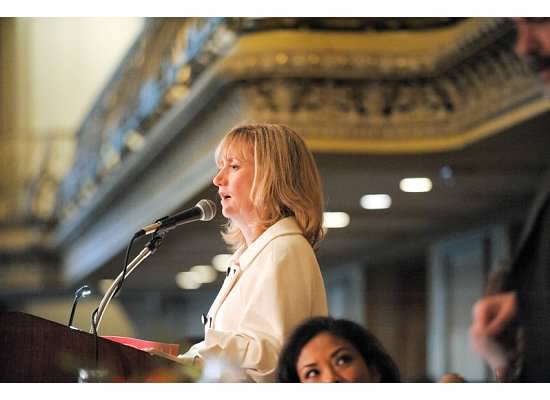 Lori Levin: Why I support the Equal Rights Amendment

“I support ratification of the Equal Rights Amendment to the United States Constitution because I believe that ‘Equal rights under the law shall not be denied or abridged by the United States or any state on account of sex.’

Although women have made great strides towards equality, those rights have been conferred by statutes not by the Constitution. The Constitution lacks a clear, affirmation declaration that the sexes are equal under the law. Before his death, United States Supreme Court Associate Justice Antonin Scalia stated that, in his opinion, sex discrimination was not prohibited by the Constitution. That statement, in and of itself, illustrates why ratification of the ERA is necessary.

Given that statutes conferring equality may be repealed and that rights conferred by statute, rather than by the Constitution are harder to assert in court, ratification of the Equal Rights Amendment is necessary to assure that the sexes are treated equally under the law.

Since Article 1, Section 18 of the Illinois Constitution confirms equality of the sexes, it would seem that our legislators will be merely upholding our state constitution to ratify the same rights under the Equal Rights Amendment.”

Lori G. Levin is a past President of the Women’s Bar Association of Illinois and an experienced criminal and juvenile defense attorney who practices in the Chicagoland area. She can be reached at 312-972-3756 or levin@lorilevinlaw.com. Her website is www.lorilevinlaw.com. She can also be found on Facebook at http://www.facebook.com/chicagodefenseand Twitter @LoriLevin.  Lori is an active ERA supporter.

Lori will provide periodic updates to ratification of the ERA through her article “Equal Rights Amendment Update: Some Battles Continue to Be Fought” on the WBAIblog.