The WBAI hosted its Annual Judicial Reception on March 7, 2019 to honor four of Illinois’ most deserving judges. Once again, this year’s reception was sold-out. Hundreds of attorneys and judges attended the event at the Chicago Cultural Center to celebrate the honorees. The honorees included:

Chief Justice Lloyd A. Karmeier
The Supreme Court of Illinois

All honorees were welcomed by a room full of buzz and excitement. Each shared stories of their involvement with the WBAI, promotion of women in the courtroom, and personal ties to Mary Heftel Hooton – the namesake of the award. 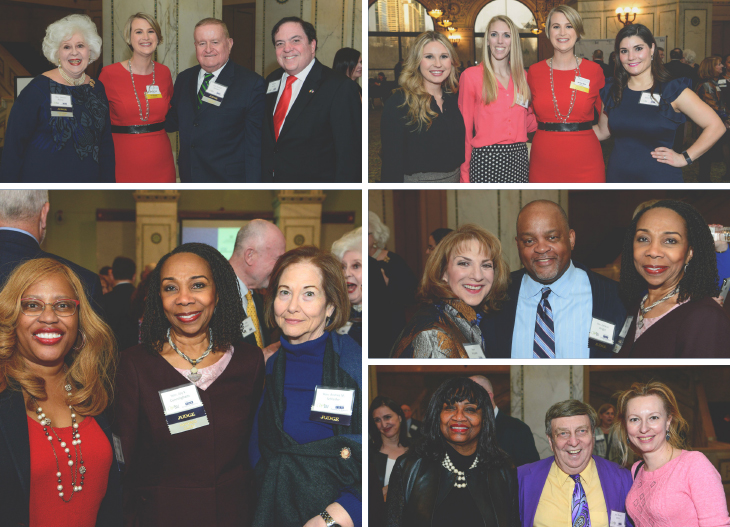 Thank you to all who joined us for another night under the Tiffany Dome. The event was generously sponsored by several law firms, legal support companies, and law schools. The event was planned and coordinated by the WBAI Judicial Reception Committee under the leadership of co-chairs Courtney Lindbert, Lauren Tuckey Murray, and Whitney Seihl. Thank you for your continued support and attendance.

K. Courtney Gustin is an associate at Cunningham, Meyer & Vedrine where she focuses her practice on insurance defense in the areas of medical malpractice, federal civil rights defense, nursing neglect, and toxic tort.