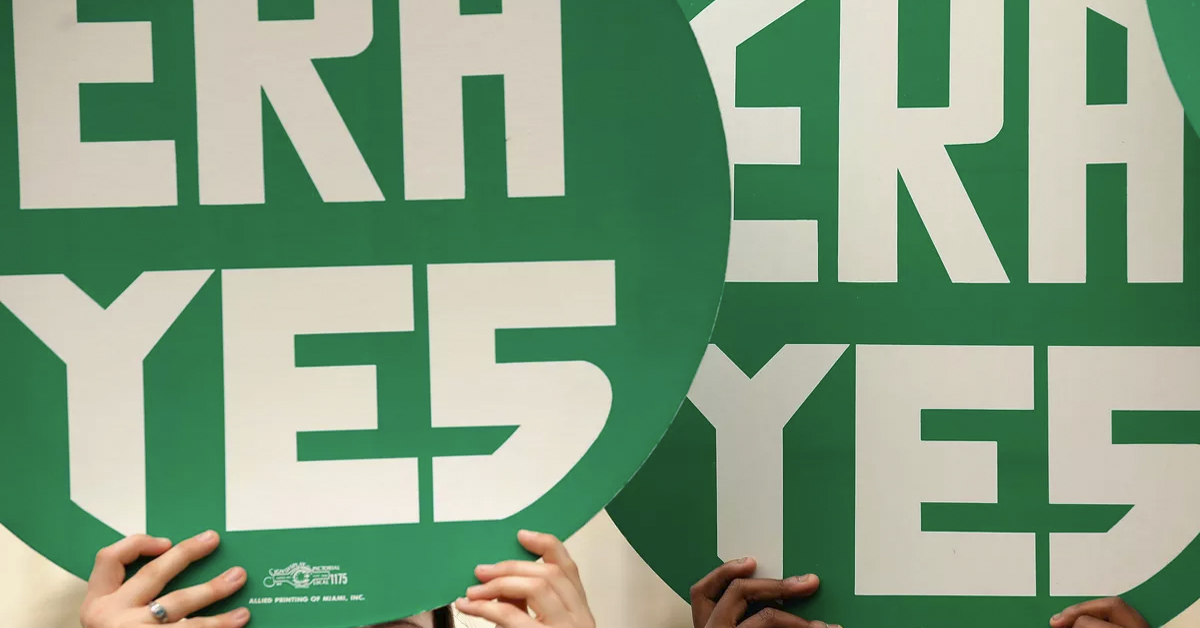 The WBAI Continues Its Fight for Ratification of the ERA

Ninety-seven years after it was first proposed, and forty-eight years after it was passed by Congress, the fight for the Equal Rights Amendment to become a part of the United States Constitution continues.  Without ratification of the ERA, true equality for women under the law cannot be attained.  Between 1972 and 2016 only thirty-five states had ratified the ERA, falling three states short of the thirty-eight state requirement.  Between 2017 and earlier this year Nevada, Illinois and Virginia ratified the ERA finally achieving the two-thirds Congressional requirement.  With ratification by thirty-eight states, the ERA finally became “valid to all intents and purposes, as part of th[e] Constitution,” pursuant to Article V of the Constitution.

Once ratification by thirty-eight states was achieved, the U.S. National Archivist had a federal statutory duty to publish and certify the ERA as the 28th Amendment to the Constitution.  However, the current U.S. National Archivist, David Ferriero, has refused to comply with this statutory duty without a court order based on a slip opinion published by the U.S. Department of Justice in January of this year in anticipation of Virginia becoming the 38th state to ratify the ERA.  This occurred despite the fact that Article V clearly grants constitutional amendment powers to only Congress and the States.  Article V bestows absolutely no constitutional amendment authority to the Executive branch, and the role of the U.S. National Archivist is purely ministerial.  In order to effectuate ratification, the Attorneys General of Nevada, Illinois and Virginia filed federal suit against U.S. National Archivist, David Ferriero.  See Commonwealth of Virginia, State of Illinois and State of Nevada v. David S. Ferriero, 20-cv-00242, Dist. D.C. (Jan. 30, 2020).  The U.S. National Archivist has filed a Motion to Dismiss the lawsuit based upon standing, the political question doctrine and ripeness.

The WBAI has been advocating for the ratification of the ERA since the beginning and we are not going to stop now.  On June 29, 2020, the WBAI joined in an Amicus Curiae Brief filed in support of the Plaintiff States alongside a number of other advocacy organizations from Nevada, Illinois and Virginia.  The Chicago Bar Association and the Illinois State Bar Association are also among the many other Illinois advocacy organizations represented in this Brief.  As the constitutional powers question was left to the formal Attorneys General’s response, this Amicus Curiae Brief details the time, expenses and resources expended in Nevada, Illinois and Virginia to ratify the ERA, relying on historical precedent that the ERA would be published and certified by the U.S. National Archivist as the 28th Amendment to the Constitution.

There were five (5) additional Amici Curiae Briefs filed in support of the Plaintiff States which included one-hundred and fifty-four (154) entities from the business and corporate sector, international organizations, youth-focused organizations, nineteen (19) states and the District of Columbia, ERA advocacy groups from Georgia and Louisiana and The United States Conference of Mayors.  An Amicus Curiae Brief was also filed by four (4) Constitutional Law Professors.  While these Constitutional Law Professors did not file their brief in favor of either party to the lawsuit, they did conclude that the Executive Branch has no authority within the constitutional amendment process.

This legal action is not only hugely consequential for the true equality of women but also for the future of the constitutional amendment process.  The WBAI is proud to stand beside our Attorney General, Kwame Raoul, in these efforts and no matter what lies ahead, we will persist.

Dina Ninfo is an employment attorney with the State of Illinois CMS Office of Legal Services.  Dina is currently a co-chair of the WBAI Legislative Committee and is a former Officer of the Association.  For more information on the WBAI’s efforts for ratification of the ERA and opinion pieces on why ratification is important, please visit the WBAI’s ERA page here.