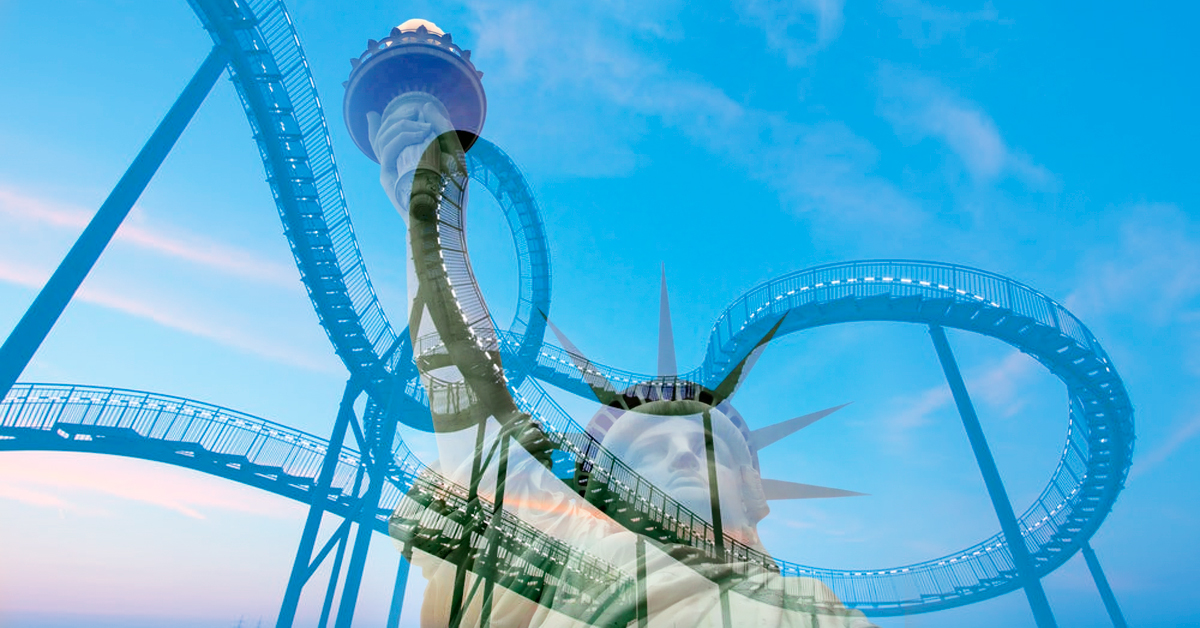 Charging Forward as a Welcoming Nation

Since the early 20th century, the Statue of Liberty and the words of Emma Lazarus have welcomed immigrants from around the world. Lazarus wrote “The New Colossus” to raise funds for the Statue’s installation and in solidarity with 1.5 million Russian refugees who fled from violent anti-Semitism1 to the U.S.  Lazarus’ commandment to give Lady Liberty “your tired, your poor, your huddled masses yearning to breathe free” represents the best of our immigration policies and our aspirations to become a more welcoming nation.

The question of which immigrants we welcome has always been fraught. Our laws have not been welcoming to all.2  The Immigration and Nationality Act (INA) has not been overhauled through legislation since the 1990s3, but immigration policy changes drastically with each administration. In August 2019, the acting director of U.S. Citizenship and Immigration Services (USCIS) attempted to rewrite Lazarus’ command to “give me your tired and poor who can stand on their own two feet and who will not become a public charge.” 4 When National Public Radio’s Rachel Martin asked acting director Ken Cuccinelli if USCIS was redefining the American dream, he said, “No one has a right to become an American who isn’t born here as an American.”

The concept of “public charge” was established by Congress in 1882. It allows the government to deny a visa to anyone who “is likely at any time to become a public charge.” The INA has a public charge provision. Long-standing policy defined “public charge” as someone who is “primarily dependent” on government assistance (>50% of their income), rendering them inadmissible to the United States.5

The Trump administration attempted to redefine the term “public charge.” The new regulation would deny immigration benefits to those who use, or were deemed likely to use, public benefits. The new rule required detailed disclosures of personal information, including bank statements, credit scores, health insurance information, age, and education level, on top of all preexisting eligibility requirements. It also required intending immigrants to disclose whether they had ever used benefits in the past. It was panned by critics as an overinclusive wealth test because it required nearly all green card applicants, even those who qualify based on extraordinary ability in business, to prove their worth.6  The chilling effect rippled across an untold number of would-be immigrants, from those who were afraid to use their own health insurance during the pandemic7  to mothers who did not seek food or formula assistance for their U.S. citizen children, all for fear of jeopardizing their future in the United States.8

The public charge rule became a litigation battle, starting in the Northern District of Illinois. Cook County and the Illinois Coalition for Immigrant and Refugee Rights won a nationwide injunction against the public charge rule.9 Similar cases were won in the Second and Ninth Circuits, but the Department of Homeland Security (DHS) appealed, all three Circuit courts stayed those decisions, and enforcement resumed. In February 2021, the Supreme Court of the United States (SCOTUS) agreed to hear DHS’ challenge in the Second Circuit,10  but the case was never heard by SCOTUS. Instead, following the release of Executive Order 14012: Restoring Faith in Our Legal Immigration Systems and Strengthening Integration and Inclusion Efforts for New Americans,11  DHS announced that enforcing the rule was “neither in the public interest, nor an efficient use of limited government resources.”12  All parties agreed to dismiss the case and the original public charge rule resumed.

After this chilling attempt to redefine who Americans will welcome, we have the opportunity to reflect on what type of country we aim to be. Do we stay true to Lazarus’ words or re-write them?

Americans overwhelmingly support providing a path to permanent legal status and citizenship for unauthorized people who have made this country their home, contribute to our shared prosperity, and ensure our safety during the COVID-19 pandemic.13

If you want to help, you can urge your Senators to support a pathway to citizenship for Dreamers, Temporary Protected Status and Deferred Enforced Departure holders, farmworkers, and undocumented immigrants living in the United States. You can urge your representatives to pass laws that improve the employment-based and family-based immigration programs and ensure asylum and humanitarian protection is available to those fleeing persecution. Contact your members of Congress to ensure these bills have strong bipartisan support.14

Colleen Kilbride is a senior attorney at the National Immigrant Justice Center where she represents asylum-seeking families. Colleen also serves on the Illinois State Bar Association Women and the Law Committee and is Co-Chair of the Immigration Committee for the WBAI.

Katie Vannucci is a shareholder at the Law Office of Robert D. Ahlgren and Associates where she focuses her practice on family-based immigration, humanitarian immigration, and removal defense. Katie is currently the Vice-Chair of the Chicago Chapter of the American Immigration Lawyers Association.

Alex George is an associate at McEntee Law Group, where she focuses her practice on visas and green cards for immigrants with extraordinary abilities. Alex also serves on the Media Committee and the Chicago Volunteer Legal Services Committee for the Chicago Chapter of the American Immigration Lawyers Association (AILA).

Mark Mancini, The Story Behind the Poem of the Statue of Liberty, Mental Floss (July 4, 2018), https://www.mentalfloss.com/article/92248/story-behind-poem-statue-liberty.

Tammy Lin, Our Immigration Laws Were Last Updated Before the Internet was a Thing, Think Immigration (Jan. 4, 2021), https://thinkimmigration.org/blog/2021/01/04/our-immigration-laws-were-last-updated-before-the-internet-was-a-thing/.