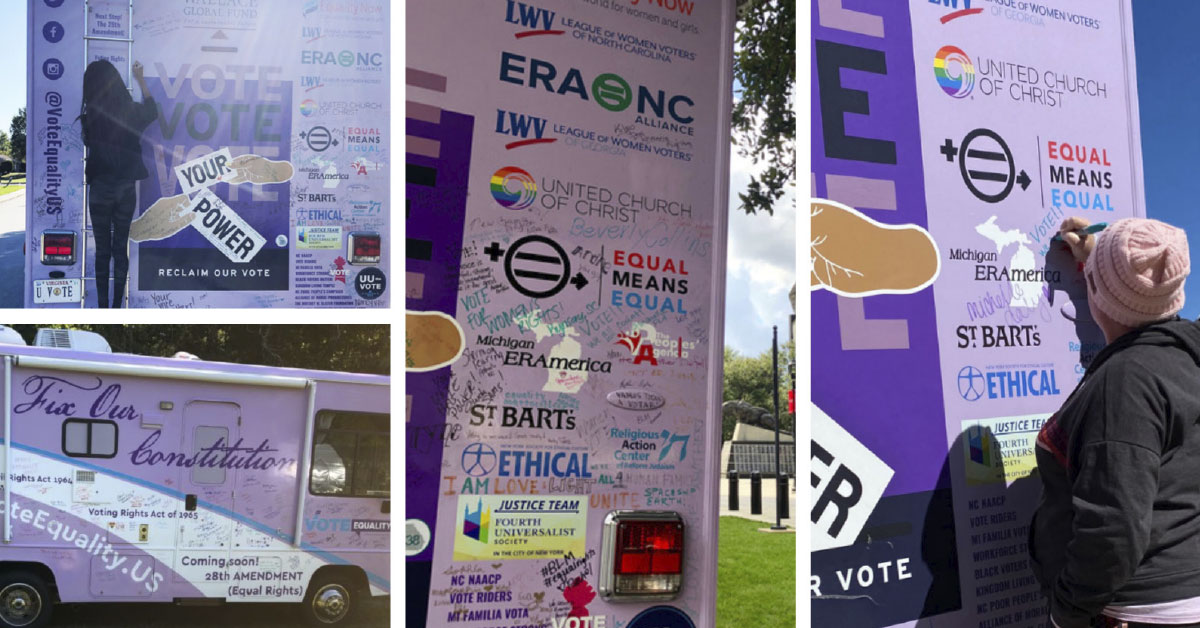 The ERA: Where Are We Now?

At the start of 2020, Virginia became the 38th state to ratify the Equal Rights Amendment. The resolution was promptly sent to the National Archivist for certification. This ministerial task is prescribed by federal statute and this process was followed by Nevada, Illinois, the archivist, and every state that ratified the “Madison Amendment” in the 90s. However, Alabama, South Dakota, and Louisiana sued to prevent the Archivist from doing his job. Upon the advice of the Department of Justice (i.e., the lawyers for the Executive Branch), the Archivist has not yet certified Virginia’s ratification.

In response, Illinois, Nevada, and Virginia filed a separate lawsuit to compel the Archivist to certify Virginia’s ratification and declare the Equal Rights Amendment as added to the US Constitution. Again, this is a clerical task given to the Archivist by a federal law. Meanwhile, a private lawsuit was filed by the group Equal Means Equal (filmmakers).

The original lawsuit was voluntarily dismissed in March. However, Alabama, Louisiana, Tennessee, Nebraska, and South Dakota then asked the DC court to join or “intervene” in the Illinois lawsuit.

Essentially, there are two parallel lawsuits against the Archivist. One is between private parties and the other is between the states. Collectively, the litigation strategy is to secure a court ruling affirming the Equal Rights Amendment is the 28th Amendment to the US Constitution.

Complementing the litigation strategy is a concurrent legislative strategy to have Congress remove the deadline. Good news! New equality leadership in the Senate means a likely vote on the Equal Rights Amendment in 2021. Last year, the House of Representatives passed a resolution removing the deadline (2/13/20), and is expected to do so again in 2021.

There are several possibilities, but no one really knows. Like so many things in recent history, nothing like this has happened before. The simplest outcome would be for Congress to remove the time limit, and for the Supreme Court to then defer to Congress using the political question doctrine. The ERA would then be acknowledged as part of the US Constitution by Congress and the Supreme Court. Another possibility is that the Supreme Court directs the Archivist to certify ratification without Congressional action. The ERA would then become part of the US Constitution. A third possibility is that a Supreme Court decision dismisses the ERA, and advocates must restart the ratification process.

Much of the future will be determined by the Supreme Court, but there is one way ERA advocates can exert influence and that is by pushing for a senate vote in 2021. Call your senators about Senator Ben Cardin’s resolution to remove the deadline (last year it was SJR6).

For a more detailed summary of this litigation and the history of the ERA, see the WBAI Blog “The WBAI Continues to Fight for the Ratification of the ERA” at https://wbaillinois.org/the-wbai-continues-its-fight-for-ratification-of-the-era/.

AmyJo Conroy is a practicing attorney and co-founder of ERA Illinois.  Her favorite superhero is She-Hulk.  Stay connected via twitter and facebook @ERAillinois.