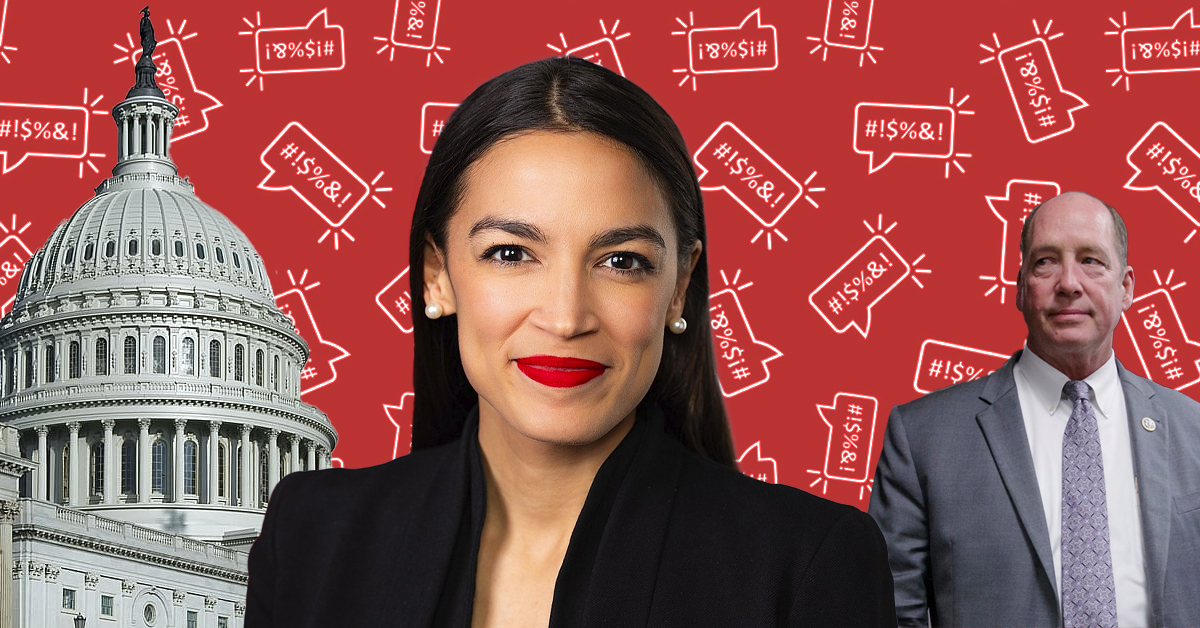 By now you have probably read about, or watched Representative Alexandria Ocasio-Cortez’s speech from the house floor delivered last week. Her speech was in response to Representative Ted Yoho calling her “disgusting,” “crazy,” “out of [her] mind” and “dangerous” for suggesting that poverty and unemployment numbers are causing an increase in crime in New York City during the pandemic. Representative Yoho, then called her “a f—ing b—-,” which was overhead by reporters but not by Representative Ocasio-Cortez.

Soon enough, word of the encounter began to circulate causing Representative Yoho to deliver a public non-apology: “I am sorry if you understood me to be saying…” He denied using bad language and brushed off the encounter as “a brief policy discussion,” even though members of the press heard it.

This scene hit close to home. As a female litigator, I have faced everything from very direct sexist slurs (both verbally and in writing) from opposing counsel, to what I call “soft sexism.” Encompassed in my definition of soft sexism is everything from automatically being “mistaken” for the court reporter by male opposing counsel, to having my male opposing counsel pat me on the shoulder during a trial assignment, letting me know that it was so nice of my boss to let me “tag-along” (I was responsible for examining and cross-examining half of the witnesses). This experience is not unique to me, and certainly not unique to the legal profession.

It is imperative that we refuse to accept sexist slurs as legitimate behavior. However, it is also important to recognize soft-sexism and call it out when we see it and experience it. The language that people use when speaking to you matters, regardless of where on the spectrum it falls. When it happens, sometimes it feels like a hit-and-run. You never saw it coming, and could not react in time. The more times it happens to me, the better prepared I am to respond in a professional, matter-of-fact manner. After 11 years of practicing law, I take no issue with correcting people.

Representative Ocasio-Cortez’s initial retort via twitter was “But hey, ‘b——‘ get stuff done.” When I read this, I could not help but feel a little disappointed. The only way to affect a cultural shift is to refuse to accept that kind of behavior as legitimate. We must call out sexism when it occurs by calling out bad behavior when it happens, and not merely brushing it off.

Representative Ocasio-Cortez further explained that by justifying and failing to take responsibility for his actions, Representative Yoho gave permission to use that language against his wife, his daughters, and women in his community, which is unacceptable. Language matters.

When opposing counsel calls a female attorney a “b—-,” they are not merely “temporarily losing their cool.” They are engaging in gender-based harassment and intimidation.

When opposing counsel asks if the female attorney is the court reporter, they are not merely making a mistake. In addition to belittling her, what they are really saying is, “you are not capable of taking this deposition.”

Similarly, when opposing counsel remarks that it is nice for the female attorney be to “tagging along” on the trial, what they are really saying is “you are not capable of contributing to this trial in any meaningful way” and minimizing her contributions.

The only way to affect change is to address the problem, and refuse to accept sexism as legitimate. This goes for women and men, alike.  Do not accept soft sexism. Do not brush off gender-based slurs. If another attorney’s behavior rises to the level of gender-based harassment and intimidation, report it to the judge, your colleagues, the ARDC and/or the Northern District of Illinois, if appropriate. Call out bad behavior when you see it. If you are a shareholder at a law firm, empower your employees to stand up for themselves and for others. Language matters.

Courtney E. Lindbert is a partner at Cunningham, Meyer & Vedrine. She focuses her practice on civil litigation with an emphasis on medical and professional malpractice claims. Over the course of her career, she has successfully litigated dozens of jury and bench trial. She has been on the board of the WBAI since 2016.