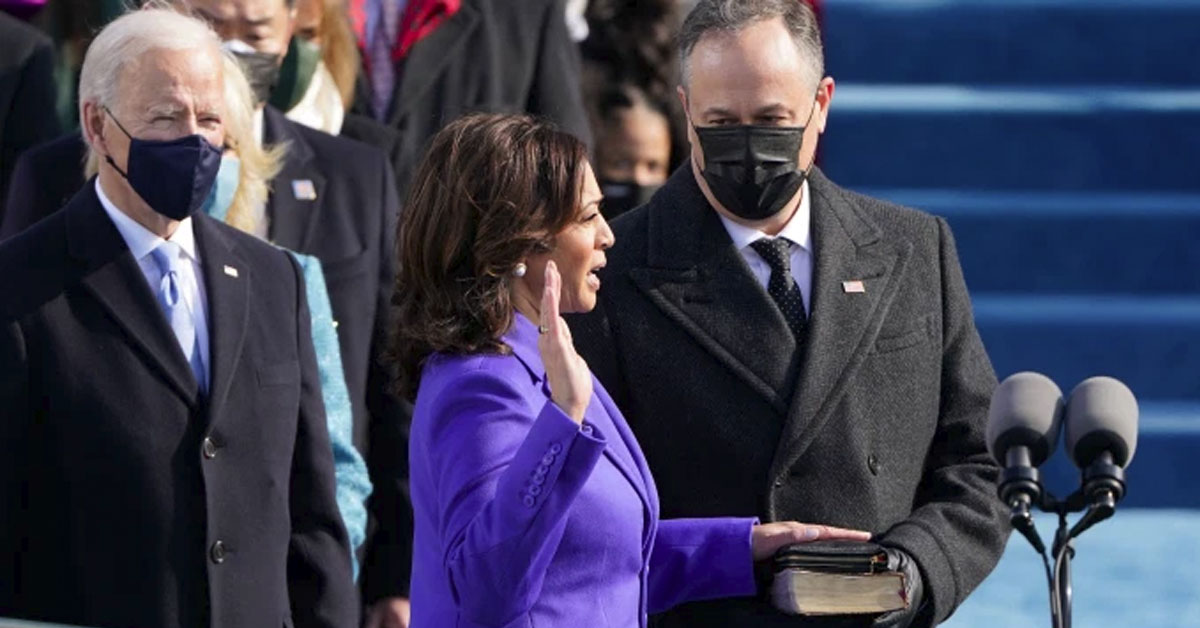 I’m a “xennial” – the affectionate nickname bestowed on the microgeneration born in the early 1980s who do not neatly fit into either the “Gen X” or “Millennial” generations. I am a Black woman who was born and raised in the San Francisco Bay Area. My story is not dramatically different than millions of other Black women, and women in general, all over this country. I was raised in a hardworking middle class suburban family by Boomer parents. Along with stability, school lunches, and after school sports, I was instilled with a belief that I could “be anything I wanted.” And I believed it…to an extent.

But it’s very hard to “believe” you can be something you have never seen.

If you are from Alameda County, California there is a good chance that, like me, many of your relatives were born at Kaiser Hospital Oakland. It’s an unassuming and generic hospital that could be located in any city in the country. But on October 20, 1964, a daughter was born to immigrant parents and a transcendent story began. She was raised in Oakland, California along with her sister Maya. She would go on to attend Howard University, the prestigious, historically Black college perched atop a hill in the Northwest quadrant of Washington, D.C. She continued her education by obtaining her law degree at University of California, Hastings College of the Law. After passing the bar on her second attempt, she took a job as a deputy district attorney for Alameda County. Thirty years after starting her first legal job, she was sworn in as the 49th Vice President of the United States.

Kamala Harris is the first woman to hold this office. Beyond that history making achievement, she is also the first Black woman and first Indian American woman to reach this position. In front of the backdrop of a once-in-a-century pandemic, the largest civil rights movement in the past 50 years, an economic recession and a riotous breach of the Capitol just days before the inauguration, the enormity of this moment has been somewhat muted. Given the daily onslaught of unfathomable headlines, it may be easy to forget that Kamala Harris has indeed made history. But, in these tumultuous times, it’s important to grab ahold of this history to use as fuel for the treacherous road ahead.

This new groundbreaking reality was difficult to imagine just four years ago. Through sleep deprived tearful eyes, I and many others watched Hillary Clinton deliver her concession speech. Secretary Clinton told 65 million weary Americans: “[T]o all the little girls who are watching this, never doubt that you are valuable and powerful and deserving of every chance and opportunity in the world to pursue and achieve your own dreams.” I heard the words and I wanted to believe them. I wanted to be optimistic. I wanted to hold on to the embers of hope inside my idealistic heart. But, in the recesses of my subconscious, I felt doubt and helplessness. And I’m certain I was not alone.

But that is the confounding thing about progress. It is not a straight line but, rather, a circuitous and unpredictable road. By the time the 2020 Democratic presidential hopeful field began to take shape, there were six women vying for the candidacy. Aspirations of leadership through the highest office in the country did not have a prescribed background or upbringing. Instead, a myriad of different women threw their hats in the ring: from a self-help guru to the architect of the Consumer Financial Protection Bureau. The diversity of backgrounds, identities and life experience showed that there was not one singular way to be a woman in leadership.

As the primary season soldiered forward, each female candidate fell away and we were left once more with an older white male candidate. Even his most ardent supporters could acknowledge that Joseph Robinette Biden, Jr. looked very similar to almost all of the men who had previously held the highest office in the land. Throughout debates, Mr. Biden had made clear that he intended to select a female vice presidential candidate. I had mixed emotions about the declaration. The thought of a female vice president was exciting. But shouldn’t he be considering the best candidate, not just the best female candidate? But what if the best candidate just happened to be a woman? Enter stage right: Senator Kamala Harris.

This glass ceiling shattering moment may have seemed impossible four years ago; however, perhaps a review of her biography makes clear that we should have predicted it. Vice President Harris has already experienced a lifetime of breaking barriers. As a child, she was bussed to school helping integrate the Berkeley school system. She became the first female district attorney for the City of San Francisco. She was the first Black female attorney general of California. When she was elected to the Senate, she was only the second Black female to achieve this accomplishment.

This historic moment is shrouded by the darkness and sadness of the past year. In my imagination, this barrier breaking moment would be accompanied by endless profiles, think pieces and overwhelming fanfare; however, this idealized celebration never materialized. Although this monumental achievement is taking place during such a difficult time, the inspiration and possibility of this moment is unmistakable and most likely will have a generational impact. My nephew, who was born on November 1, 2020, will never know an America without a female Vice President.

Like so many women, Vice President Harris will walk into a hornet’s nest on her first day on the job. She and President Biden must curb a pandemic, turn around the economy and address numerous systemic issues from climate change to racism. As we all know, shattered glass leaves quite a mess to clean up, but Vice President Harris is certainly up to the challenge.

Lauren Phyllis Buford is an attorney with Hughes Socol Piers Resnick & Dym, Ltd. Her practice focuses on the defense of hospitals, nurses, and physicians in medical malpractice matters. She joined the firm in 2018. Over the course of her career, she has obtained the dismissal of clients during the discovery phase of litigation, resolved disputed claims through mediation and successfully tried jury and bench trials. In addition, Lauren is one of the Chairs of the WBAI’s Diversity & Inclusion Committee.