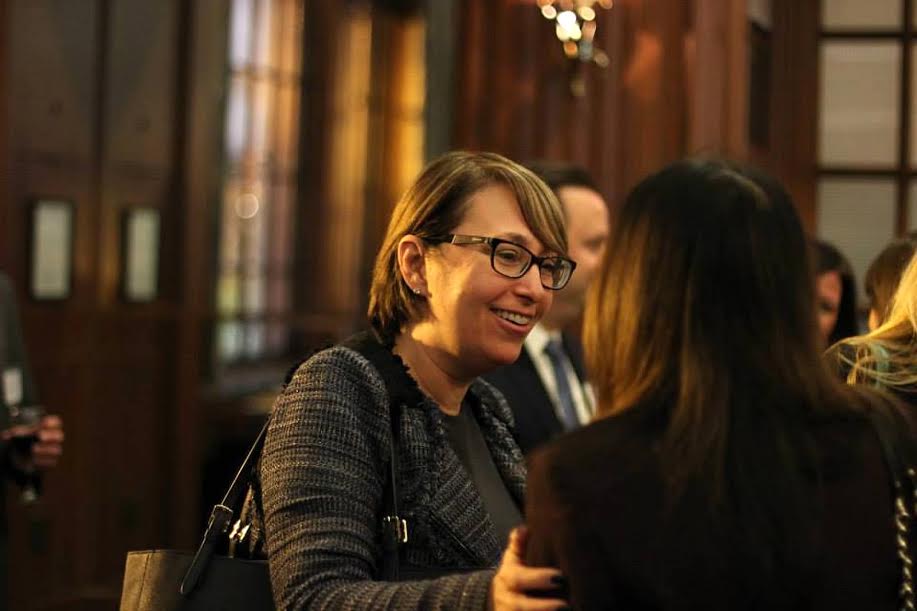 What follows is the final part of an edited version of a chapter from our forthcoming book, Scripts for Success: Communication Techniques to Break Through Gender Biased Workplaces. We would welcome your thoughts and comments as we prepare the book for publication.

There are undoubtedly a variety of reasons for women’s resistance to impression management, but in our experience the primary one is that women do not want to be or appear to be “inauthentic.” When Andie talks with women and offers suggestions for altering unsuccessful communication patterns, she often hears something like, “that’s just not me” or “I’d feel phony doing that” or “I am who I am.” For a woman intent on advancing in her career, however, such an attitude is tantamount to saying “I want to play the competitive promotion game, but I am first going to tie one hand behind my back.” If a woman is going to play the career game, she needs to recognize that success at it depends in large part on selling, self-promotion, ingratiation, and networking.[4] If a woman refuses to accept those rules, she is unlikely to ever win.

Andie: At a recent gender communication workshop I told the following story:

A woman that I was asked to mentor in a different city was being criticized by many of her supervisors as a “sloppy thinker.” I found this inexplicable because I had found her sharp and focused during my many telephone conversations with her. The next time I was in her city, I went to visit her in person. She was dressed in her normal outfit, which was very casual. It was hard to tell if she was wearing her pajamas or a sweatsuit. I knew she would be participating in an important meeting the next week where she would interact with some key decision makers. I stuck my neck out and suggested that she go to a local department store and ask the personal shopper to help her “dress like a banker.” She did just that and attended the meeting dressed in a professional manner. After her meeting, she reported to me that the reactions to her had been entirely different from those she had experienced before. I don’t know how much of the change in response to her was the result of her dress, the increased self-confidence she displayed or an alignment of the stars. But what I do know is that she started dressing “like a banker” every day, and I never again heard her being criticized for being a “sloppy thinker.”

Shortly after the workshop, I learned that several of the women participants had criticized me because this story showed that I “bought into gender stereotypes.” Once I picked myself up off the floor, I had two distinct reactions. First, I realized that I must not have done a very good job of communicating my message during the workshop. Although I have spent much of my professional life working to dispel biases resulting from gender stereotypes, I must have come across as complacent about them, which was surely not my intent.

My second and more important reaction was one of extraordinary sadness. I realized that the women who had criticized me were unlikely to get as far as they wanted to in their careers, for career advancement depends not on “buying into gender stereotypes” but on buying into reality. While there is solid evidence that the power and reach of gender stereotypes has lessened in recent years, these stereotypes are still a pervasive fact of economic life in the United States. Unless women are prepared to drop out of the struggle for career success until the nirvana of the gender neutral business organization arrives, women will need to learn to play a game in which stereotypes that significantly disadvantage them provide many of the most important rules.

Let me illustrate this point with another story. A few years ago, I was handling a major tax case in which the principal IRS trial lawyer was a “man’s man,” an avid sports fan and hunter. Quite literally, I could find nothing to talk about with him except the weather and the tax case. But my job was to settle this case and to do so on terms that were favorable for my client. If that settlement was going to happen, someone needed to establish a real rapport with this IRS lawyer, and that was unlikely to be me. So what did I do? I brought on to my team one of my male partners who was also a sports fan and man’s man. And you know what? The two of them bonded, and the client got a great settlement.

Now this is hardly an unusual story. All of us have had occasions when we have thought it would be advantageous to bring another person on to our team because she or he had talents or qualities we didn’t. This is what I would call “team impression management”—making sure that the people on your team are collectively capable of presenting the impression that is needed to get the job done.

But sometimes, you are the whole team – as is the case when the job is advancing your own career. When this is so, managing your “team’s” impression is up to you. If decisiveness is called for, you have to provide it. And when a sense of inclusiveness and warmth is needed, that’s up to you, too. This has nothing to do with “buying into gender stereotypes”; it has everything to do with getting the job done. You wouldn’t hesitate to bring another person on to a business team if her or his qualities were needed for the job at hand. Therefore, when the job is advancing your own career, you shouldn’t hesitate to bring on a new or different communication style if that is what it will take for you to get that job done.

Let’s look more closely at exactly what we are recommending when we advise women to become effective self-monitors. First, we are not advising women to change their communication style so that they will always be perceived as communal. A woman has no reason to adjust the impression she is making unless she believes that by doing so she can achieve a better result for her client, her company or herself. As Andie’s last sidebar emphasized, the objective is never the impression itself but always the job to be done. High self-monitoring is important for women so that they can “get the job done” without being hindered by gender biases.

Second, we would never advise a woman to be “phony” in order to get a job done. To engage in effective impression management, a woman must be deeply connected with her own feelings. And, as Amy J.C. Cuddy, Matthew Kohut, and John Neffinger note, “[W]hen we are connected with ourselves, it is much easier to connect with others.”[5] A woman who is truly in touch with herself is anything but a phony; she is a person who can draw on the many different aspects and qualities that make her who she is. A woman who can do this will authentically meet the requirements of the business situations in which she finds herself. That may not be easy but it is not being a phony.

We generally find that women are open to using impression management when they are advocating on behalf of a client or pushing to advance their company’s business objectives. In such situations, women generally behave as Hume’s orator, for they recognize that to achieve their objective ‘they must endeavor to conciliate [the] affection [of those with whom they are dealing], and acquire their good graces.” But when it comes to advocating on their own behalf, many women find impression management inappropriate, if not distasteful.

One reason for this reaction seems to be that many women assume that by just “doing a good job” they will be recognized and promoted, that the acclaim they so clearly deserve will automatically come their way. But, of course, this seldom is the way the business world works. Skill and competency are necessary characteristics for career success, but they are seldom sufficient. To move up in one’s career and continue to move up, a person needs to be noticed.

Consider the skills needed for promotion that we identified at the beginning of this article: “social presentability, visibility, organizational demeanor and political skill, as well as competent job performance.” All of these skills—except job performance—involve impression management. Promotion decisions depend on highly subjective ratings as to a person’s potential or “promotability.”[6] Quite simply, a woman needs to be noticed as someone with promotability, someone who satisfies the requirements to move up. But—and this is the key difference between career advancement for a woman and a man—a woman not only needs to be noticed as having the needed leadership skills, she also needs not to be noticed as running afoul of traditional gender stereotypes. She needs to be noticed positively for her talents and not noticed negatively for triggering the backlash that often comes from stepping outside of traditional female gender roles. But, and this is the good news, the techniques she needs to know to do this—high self-self-monitoring and attuned gender communication—are skills that can be learned.

To wrap up, we would like to emphasize five points.

[4] Id., at p. 78. These “skills form part of the rules of the game of acknowledgement, recognition and promotion, which most of these managerial and professional males [in the study] seem to understand and comply with, in a more straightforward and less emotional way [than the women in the study].” Id., at p. 86.