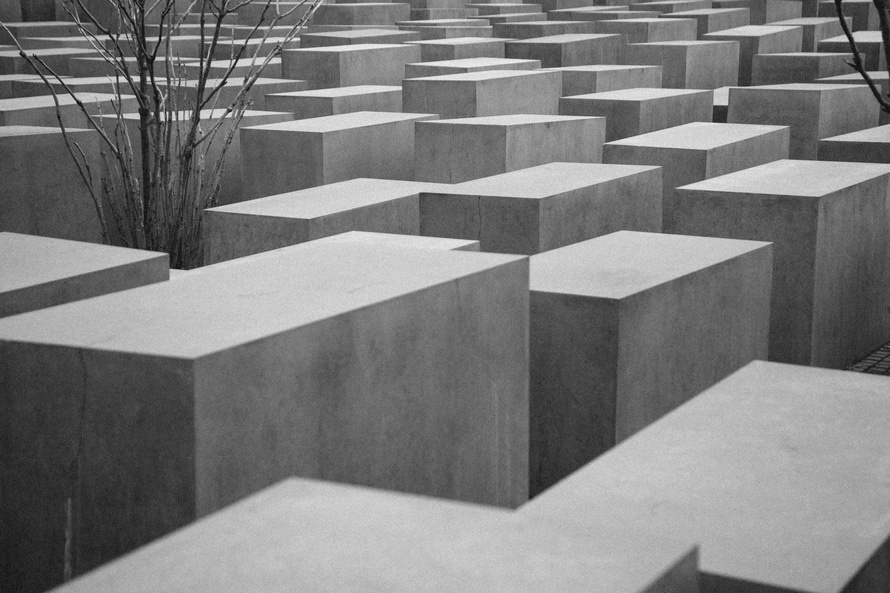 Holocaust Survivors and Heirs Must Exhaust Remedies in Hungarian Courts Before Suing in the U.S.

By Stephanie A. Snow

Holocaust survivors and their heirs must exhaust their local remedies in Hungarian courts before they can pursue claims against the Hungarian railway in U.S. federal courts, according to a recent decision from the U.S. Court of Appeals for the Seventh Circuit.  But, the Seventh Circuit also indicated that if their attempts to pursue remedies are unreasonably or arbitrarily frustrated in Hungary, U.S. federal courts might be able to adjudicate their claims under the Alien Tort Statute and pursuant to exceptions to the Foreign Sovereign Immunities Act.

Fisher v. Mahyar Allamvasutak Zrt, 777 F.3d 847 (7th Cir. 2015), arose from the persecution of Jews in Hungary during the Holocaust.  In their complaint, the survivors and heirs set forth various claims against the Hungarian State Railways (“MAV”), alleging that in 1944, during the final six months of the war, MAV was a key player in Hitler’s “Final Solution” and transported Hungarian Jews to Auschwitz and other death camps.  The survivors also alleged that MAV, as an agent of the Hungarian government, looted and plundered Jewish possessions brought to the train stations in their suitcases, expropriated land and property in buildings left behind, and even forced the survivors to either directly or indirectly pay for their trips to the death camps.  Each of the twenty-one plaintiffs claim that they were either personally deported by MAV in 1944 or are the heirs or next of kin to victims of the Hungarian Holocaust.  The plaintiffs allege the complicity of MAV for the use of its trains in connection with the transportation of approximately 500,000 Hungarian Jews to the death camps, that Hungarian laws authorized the confiscation of private bank accounts belonging to its Jewish citizens, and that MAV personnel (acting as representatives of the Hungarian government) stripped the deportation train passengers of their personal property such as cash, jewelry, family heirlooms, gold, and antiques.

Plaintiffs contend that they were never compensated for MAV’s taking of property in violation of international law, that MAV conspired to commit genocide in violation of international law, and that MAV was unjustly enriched by looting assets of the Jews it transported on its trains to the death camps.  The plaintiffs also seek an accounting and declaratory relief from the courts.  The plaintiffs alleged jurisdiction under the Foreign Sovereign Immunities Act, 28 U.S.C. §§ l330, l332(a), l39l(f) and l60l-l6ll (“FSIA”), the Alien Tort Statute, 28 U.S.C. § 1350 (“ATS”), class action diversity jurisdiction, and federal question jurisdiction.  This case is the second of a pair of cases brought by the same group of plaintiffs concerning actions of the Hungarian government during World War II.  The first case was brought against Hungarian banks and was subject of a previous Seventh Circuit opinion.  (Abelesz v. Nemzeti Bank, 692 F.3d 661 (7th Cir. 2012)).  In that case, the Seventh Circuit held that the national railway and the bank were instrumentalities of the Hungarian government and could only be sued in the United States if the plaintiffs showed that they had exhausted all domestic remedies available in Hungarian courts.  Although the Seventh Circuit affirms the District Court’s dismissal of the plaintiffs’ claims for failure to exhaust remedies in Hungary, the dismissals are without prejudice, allowing plaintiffs to refile their claims after they have pursued and exhausted remedies available in Hungarian courts.

In addition to discussing general principles of international law such as property confiscation, sovereignty, and genocide, the court’s opinion focuses particularly on two U.S. statutes: the ATS and the FSIA.  The ATS was passed as part of the Judiciary Act of 1789, and states that “[t]he district courts shall have original jurisdiction of any civil action by an alien for a tort only, committed in violation of the law of nations or a treaty of the United States.”  The Foreign Sovereign Immunities Act of 1976 provides the exclusive basis for exercising jurisdiction over a foreign sovereign or instrumentalities of a foreign sovereign in the United States.   The FSIA bars jurisdiction in U.S. federal courts “against foreign sovereigns for claims for death or personal injury or damage to or loss of property that does not occur in the United States,” but does allow “jurisdiction over foreign sovereigns for claims for takings of property in violation of international law.”

In its opinion, the Court briefly discusses the prior appeal in the Abelesz matter as it relates to the general rule of sovereign immunity, the default position that is pro-immunity, and the applicable exceptions that are pertinent in the Fischer matter. Importantly, while Hungary does recognize international law norms in its constitution, it did not waive its sovereign immunity for these claims. Under §1605 of the FSIA, the only other relevant exception to sovereign immunity is the expropriation exception.  The Court plainly states the conditions where the expropriation exception applies.  It occurs “where (1) rights in property are in issue; (2) the property was taken; (3) the taking was in violation of international law; and (4) at least one of the two nexus requirements is satisfied.” The Court also restated its holding in Abelesz that even though the FSIA does not specifically obligate the parties to exhaust domestic remedies, because §1605 “rel[ies] on international law norms . . . plaintiffs would need to exhaust domestic remedies before they could assert a violation of customary international law in a United States court.”  Fischer, 777 F.3d at 854.  The Court’s position is consistent with the policy of federal judges to be sensitive not only to universal doctrines of international law, but foreign policy considerations and comity concerns.

In light of the Court’s holding in Abelesz, Plaintiffs in the Fischer matter tailored their case to focus on the expropriation of property and money by the Hungarian railway MAV and the Hungarian national bank.  Defendants moved to dismiss asserting that Plaintiff had not met the exhaustion requirement.  The District Court agreed and entered a dismissal order.

Plaintiffs appealed, arguing that exhaustion of Hungarian remedies was not legally required and, even if they were, exhaustion would be fruitless because of the current anti-Semitic political situation in Hungary. Defendants argued that “because a sovereign could expropriate the property of its own nationals within its own territory without violating international law,” the confiscation of property during the Holocaust was not a violation of international law and are therefore not justiciable under the FSIA. Id. at 854. The Seventh Circuit takes each of the Plaintiffs’ assertions in turn. First, Plaintiffs argue that they have sufficiently alleged discriminatory takings as that term is defined in the Restatement Third of Foreign Relations Law §712 and therefore should not be held to an exhaustion requirement.  The Court clarifies that there are actually two forms of exhaustion that occur in international law. The first is where a plaintiff would be required to exhaust domestic remedies before it can even put forth an allegation that an international law has been violated. The second form, at issue in this case, is when there is already a purported violation of international law, but international law customs limit plaintiff’s ability to bring a claim outside of the domestic forum until plaintiff has exhausted available remedies in its home country. The Fischer plaintiffs alleged “violations of international law due to the genocidal nature of the expropriations”. Under the Court’s holding in the Abelesz case, they were therefore required to seek remedies in Hungary before pursuing their claims in the American federal court system.

Plaintiffs argued that they did not bother to pursue remedies in Hungary because there is a legally compelling reason for them to be excused from this rule –the Hungarian courts would not provide them with an unprejudiced and fair hearing.  Plaintiffs provided three reasons for its position.  First, because Defendants denied the allegations in the Complaint, Hungary was essentially denying any responsibility for its actions during the Holocaust. Next, Plaintiffs argued that the remedies available in Hungary were an inadequate mechanism for redress.  Finally, they argued that the Hungarian courts were structurally insufficient to hear and rule on these claims.

Defendants countered by identifying various remedies that might be available to the Plaintiffs in Hungarian courts, including non-judicial remedies such as through the First, Second, and Third Compensation Acts and the Jewish Heritage Public Foundation. The District Court found that these recoveries were not truly available to Plaintiffs. Yet, the Seventh Circuit decided that the Plaintiffs had the ability to bring civil actions for property-based, contractual, and international law claims in Hungarian courts and that such suits were promising enough that Plaintiffs should have pursued claims there before filing their action in the United States. The Court acknowledged that the significant changes to the Hungarian judicial system since 2012 could bring into question the independence of the judiciary there, but it considered concerns about judicial independence too speculative to supersede the need for the exhaustion requirement. Interestingly, the Court considered the situation of the Jewish Plaintiffs in these cases as analogous to the cases brought in U.S. courts on behalf of African-Americans during the Civil Rights Movement observing that:

[o]ne could easily imagine that Thurgood Marshall and the NAACP Legal Defense and Educational Fund had similar concerns about many United States courts’ ability to hear claims by African Americans in 1950 and later.  Yet our courts by and large rose to the challenge in the following decades.

Fischer, 777 F.3d at 865. The Court simply states that Plaintiffs have not presented compelling reasons for failing to exhaust remedies in Hungary, but repeats that this failure can be cured; if Plaintiffs’ attempts in Hungary are arbitrarily or discriminately barred, U.S. district courts could again be open to hear their claims.

It is evident that in 1945 the Plaintiffs would have gotten a prejudiced and unfair day in a Hungarian court. The present political landscape, although not completely void of bias, is different today.  For comity reasons, U.S. courts cannot – and will not – outright reject principles of exhaustion that are imbedded in customary international law.  International and human rights attorneys who have clients or potential clients should consider bringing lawsuits in the U.S. district courts for just compensation relief for property takings as defined under international law, with the important caveat that all adequate remedies available in the victims’ home countries must be first exhausted.  As Judge Hamilton states, “while the doors of United States courts are closed to these claims for now, they are not locked forever.” Id. at 852. The willingness of the Court to keep the doors open to these Plaintiffs seem to signal that while the United States is not the proper jurisdiction for every international law violation, it stands ready to make itself available all domestic remedies have been properly pursued and exhausted.

The article originally appeared in the Fall 2015 Newsletter.

Stephanie A. Snow is a third year law student at The John Marshall Law School in Chicago, Illinois and is a J.D. candidate for the January 2017 commencement.  She is interested in practicing international human rights law and civil rights law upon graduation.  Her favorite legal subjects are constitutional law, contracts, and international law.  She can be reached at ssnow@law.jmls.edu.