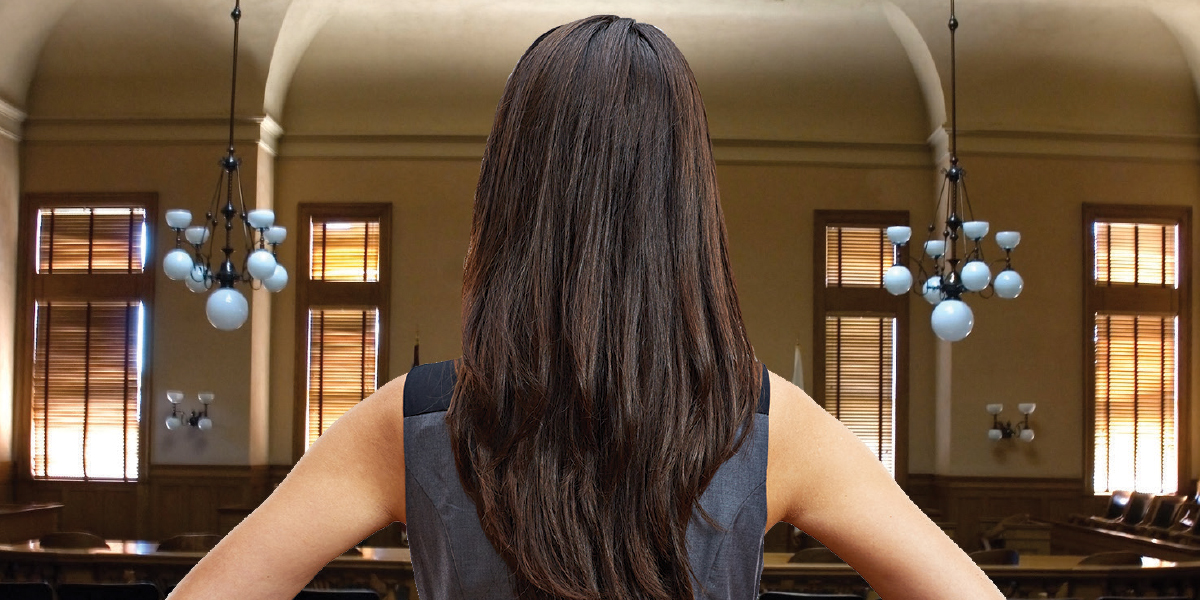 Fresh Out and Female: Three Rules for the First-Year Trial Attorney

A little over a year ago, I sat with my law school classmates in the Civic Opera House waiting to take that long walk across the stage to receive our diplomas. We were together. Filled with energy and optimism. Filled with diversity.

Several months later, I stepped up to the bench at my first trial call and felt a bit of shock when I took in my surroundings. The contrast in demographics between the law school classroom and the courtroom was impossible to ignore. In many Chicago law schools, gender is a 50/50 split and minorities are quickly becoming the majority. In fact, the 2016 entering class at The John Marshall Law School is 62% female and 47% minority.1 Women are the majority, and nearly one out of every two students is a minority. However, once you step out of law school and into the legal profession, those demographics change significantly. Last year, only 35.7% of practicing attorneys were women; 4.4% were African American; and 5.6% were Hispanic.2

Ok, so what’s the point? Well, when you toss this demographic change into the mix while working to establish yourself as a young female attorney, you learn some rules rather quickly. In hopes that this article may help new attorneys avoid being blind-sided, and perhaps provide veteran attorneys with an opportunity to laugh and reminisce, here we go . . .

Rule #1: You Control the Room.

Whether you are in the courtroom, a meeting room, or the crumby hotel conference room for a deposition—you control it.

Our firm was out for happy hour a while back and I noticed that I was the only woman in the group. This certainly wasn’t the norm for our office, but when I pointed it out to the seven men with me, their response was, “it’s just like being at a deposition.” And it was.

For the past few months I’ve been at several depositions where I am one of two, if not the only female attorney in the room. On top of that, I’m still under 30 years old. I’ve been mistaken as the court reporter by other attorneys a handful of times, and given a wink or goo-goo eye by a deponent now and again.

It will happen. But don’t allow yourself to sit back or clam up.

Demonstrating control not only benefits you, but your clients as well. A few months ago, I was in court for a first appearance and the client I was defending met me at the courthouse. We talked about her case down a long hallway so we could have some privacy. She was nervous and almost in tears. She kept reminding me how jarring it was to be in front of a judge.

After the conversation, she followed me into the courtroom, sat, and watched. I stepped up with poise and control before the male judge and alongside two other male attorneys, and we proceeded to set the case for its next status.

It was simple. My client didn’t need to be at the courthouse. But I’m glad she was. Because when we left the courtroom, she was no longer nervous. Instead, she had a smile on her face, thanked me, and asked at least five times whether I would always be the attorney appearing on her behalf.

Control earns respect, but, more importantly, it delivers reassurance and comfort for your client.

Rule #2: Walk Up and Introduce Yourself. Speak.

I’m sure you’ve heard this rule repeated again and again throughout law school, so I won’t dwell on it. But while it is important during school, it is even more important as you enter the legal profession.

You will find groups of attorneys chatting in the hallways of any courthouse you enter. It’ll feel like a club, exclusively for attorneys, and the members are mostly men. You’ll see the same faces over and over again. So, introduce yourself. Turn to the guy next to you and start by asking whether the clerk prefers you to check in, or if the judge has finished his list of cases for the 9:30 call.

These are your colleagues. You have nothing to lose. Believe it or not, you’re already a member of the club.

The first attorney I ever met told me the best advice I’ll ever receive: A fine attorney is only as strong as her foundation.

Appreciate your foundation. Acknowledge that they know more than you.

Who really makes sure your appearance is filed on time? Who runs your discovery requests to the courthouse before the end of the day? Who speaks in Polish with your clients over the phone to make sure that they appear for the deposition tomorrow?

There is always work going on behind the scenes of the courtroom chaos. It’s that work that forms your foundation, and that work you can’t get done on your own . . . I don’t speak Polish, do you?

Your foundation isn’t just made up of the support staff in the office. There’s another group that deserves your appreciation. They roll in (literally) with a square bag and business cards. They’re court reporters. Do not forget about the court reporters. Like your legal assistants, they’re there to work with you.

Whenever a deposition takes place at my office, I always greet the court reporter and offer a water or coffee. I thought it was common practice. However, maybe six months into taking depositions, instead of the typical “I’m alright,” a court reporter that I’d worked with several times thanked me for always welcoming her and making her feel human. It’s easy to overlook your foundation, but a strong attorney will recognize that and acknowledge those who support her.

By keeping these three simple rules in mind, any smart and driven female attorney fresh out of law school can control the courtroom, make sure her voice is heard, and earn the respect of everyone that she comes into contact with. By doing so, she will achieve success for both her clients and herself.

K. Courtney Gustin is an associate attorney at Sinars Rollins LLC, focusing her practice on products liability and toxic tort insurance defense. Formerly, she was a trial attorney at Parrillo Weiss LLC.