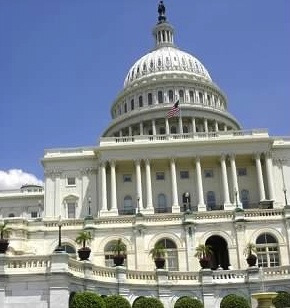 Drafted by the WBAI Legislative Committee

The Equal Rights Amendment (ERA) to the United States Constitution was first introduced to Congress in 1923 by Alice Paul. On March 22, 1972, the ERA was finally passed by the Senate and the House of Representatives and was sent to the states for ratification. The original deadline for ratification was extended until June 30, 1982. Unfortunately at the time of the deadline only 35 of the 38 required states had ratified the ERA and therefore it was never included as an amendment to the United States Constitution. Illinois was one of the states that failed to ratify the ERA.

The ERA provides for a legal remedy against sex discrimination. This amendment would classify sex as a suspect class that would be subject to strict judicial scrutiny and discrimination would be required to meet the highest level of justification. The ERA contains the following three Sections;

At the same time two other Joint Resolutions, referred to as the Three-State Strategy legislation, were introduced to Congress concerning the need for state ratification. These resolutions would ensure that the previous 35 State ratifications of the ERA would remain in effect. Accordingly, only three additional states would be required to ratify the ERA in the event it again passes the majority of the Senate and the House of Representatives. Senate Joint Resolution 15 was introduced on May 7, 2015 by Lead Sponsor Democratic Senator Benjamin Cardin of Maryland. House Joint Resolution 51 was introduced on May 13, 2015 by Lead Sponsor Democratic Representative Jackie Speier of California. Both Joint Resolutions have been referred to the Committee on the Judiciary. Currently only half of our Illinois Representatives have signed on to co-sponsor these ERA Resolutions.

The Equal Rights Amendment is required to ensure that the rights guaranteed by our Constitution are applied equally without regard to sex. Without this Amendment, women and men will never hold equal legal status.

For further information, see WBAI Past President Lori Levin’s article, Some Battles Continue to be Fought: The Equal Rights Amendment.