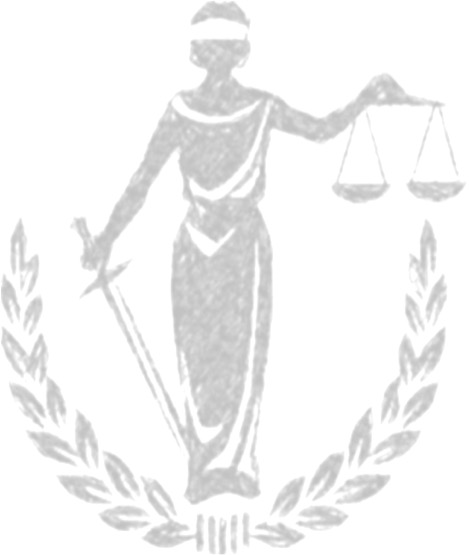 But I am the Graduate, Not My Husband!

I was one of only four women who graduated from the University of Chicago Law School in 1962. It was rare for women to enter law school at that time and even more difficult for women to get positions as practicing attorneys.

Law school provided an occasional “sexist” incident. “Quit law school,” a male professor told me, “and become a house wife.” “You are only in law school to get a husband,” a male law student yelled at me in front of group of male law students. “You are taking up a man’s seat” and, he predicted: “You will never practice law.” Well, I had a successful 30 year career in practice and married a man from a different law school. Meanwhile, my colleague, who predicted that I would “never practice,” joined his family’s business and did not practice law.

Following admission to the bar in 1962, I was rejected for employment by the U.S. Attorney, Illinois Attorney General, Public Defender, State’s Attorney, insurance companies and private law firms. Each one told me the reason was that I was a woman. Although now appalling, at that time, before passage of the 1964 Civil Rights Act, it was completely legal to discriminate in employment on the basis of sex.

At the time I started practicing, women faced discrimination both in legal education and in the workforce. In 1974, some victims were fed up with the clear and harmful discrimination and filed a lawsuit against the school. Twelve women who graduated in 1970-71 from the University of Chicago Law School, brought an action in federal district court for sex discrimination on behalf of themselves and others, including prior female graduates. This class included me. The complaint charged that the law school, operating as an employment agency, committed sex discrimination by maintaining, in effect, a policy of allowing employers, whom Defendant knew or should have known engaged in discrimination against women law students and graduates on the basis of sex, to use the facilities of the Law School to interview and otherwise seek to hire law students and graduates of the Law School. The court granted the law school summary judgment. Among the cases cited was one that I had handled, Greenfield v. Field Enterprises.

When the court ruled on Kaplowitz, it cited Greenfield v. Field Enterprises, handled a few years earlier by Sheribel Rothenberg and me. The local EEOC and WBAI filed supporting briefs. In Greenfield, the court found Chicago newspapers running sex-segregated help wanted ads did not qualify as employment agencies. In Kaplowitz, the court stated, “sex discrimination is a bane to both men and women in this society, and to the extent that it is practiced by the employers who use the University of Chicago Law School placement facilities it is a particularly ugly scar on the legal profession.” However, “[a]n employment agency is not required to consider whether there is discrimination in the compensation, terms, conditions or privileges of employment offered by an employer to his employees. Once the employment agency has lawfully referred the prospective employee for employment, the employment agency has discharged its legal duty under Title VII.” The court granted the defendant summary judgment. I believe this decision, rendered several years after passage of the 1964 Civil Rights Act, would not be different today.

Following graduation I attended law school reunions accompanied by my husband, Bernie Schwartz, who is also a lawyer. An early one still causes us to laugh. Though each us of wore a name tag featuring my photo (since I was the graduate), classmates came up to us, extending their hands to…..Bernie and saying, “Hey, good to see you, how’re you doing?” Bernie told them that it was me, not him, who was the graduate. It surprised me that they did not recognize me, since I was one of only four “girls” in our class. Eventually the tide shifted, and at the next reunion, my classmates recognized and congratulated me for being a pioneer. A class photo shows me there – wearing a red silk dress – as the only female classmate. Alas, when I sent the photo to the law school magazine, they lost it. It can still be seen – but in black and white – not in color – in a back issue of the WBAI News.

After successful careers as practicing attorneys, my husband and I decided on early retirement as a way to travel the world and to help the environment. We put conservation easements on prairies. We wrote books about where to see prairies and gardening with native Midwestern flowers and plants.

The correspondent for my law school class always includes my latest news. So, I looked forward to the arrival of the Fall 2013 issue of CHICAGO LAW – The University of Chicago Law School Record. To my surprise, the item read that on May 25, 2013, the National Garden Clubs, Inc., awarded (in bold type, indicating a graduate of the law school, which my husband was not) Bernard L. Schwartz The Helen Hull Award for 2012 for Literary Horticultural Interest for The Midwestern Native Garden and that in July, 2013, Oxford University Press published the second edition of Prairie Directory of North America by the same coauthors. My name was also mentioned, just not in bold.

I contacted the magazine’s editorial staff. They were horrified at their mistake, offered apologies and asked what they could do to make it right. When I replied, just print a correction in the next issue, they promised they would. So badly did the law school feel, a dean asked me to personally meet with her. The editors kept their promise. At page 64 under Alumni Class Notes 1962, in the University of Chicago Law School Record (Spring 2014) the following appeared:

Charlotte Adelman was the 1984-85 President of the WBAI, currently serves as the WBAI historian/archivist, a position she has held since 1985 after being appointed by then WBAI President Judge Barbara Disko, is the Author of WBAI 75-The First 75 Years, was the March 5, 2004 Recipient of the first Chief Justice Marry Ann McMorrow Award, which was personally presented by Justice McMorrow.