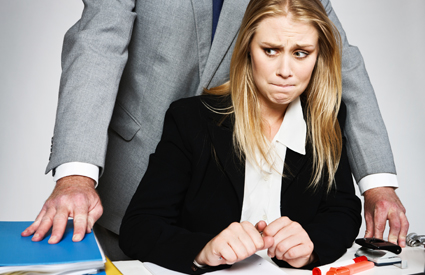 Banning Harassment in the Legal Profession

As a profession, we lawyers are notorious for thinking of worst-case scenarios. We are the most risk-adverse profession (possibly other than accountants). It’s what leads to our love of the “slippery slope argument.” Upholding Sub-Clause X to Schedule Y of Merger Agreement Z will inevitably lead to the collapse of both companies and, very likely, total anarchy. So when the ABA’s Ethics and Professional Responsibility Committee proposed a new anti-harassment rule, the worst-case scenario arguments came out in force.

The new Model Rule of Professional Conduct 8.4(g) aims at reducing discrimination and harassment in the legal profession. The ABA House of Delegates adopted the Rule at the ABA ’s Annual Meeting a couple of weeks ago.

The Rule now terms it “professional misconduct” for a lawyer to “engage in conduct that the lawyer knows or reasonably should know is harassment or discrimination on the basis of race, sex, religion, national origin, ethnicity, disability, age, sexual orientation, gender identity, marital status or socioeconomic status in conduct related to the practice of law.” The Rule adds that it does not limit the attorney’s ability to “accept, decline or withdraw from a representation” nor does it preclude “legitimate advice or advocacy consistent with these Rules.”

Criticism of a Rule Against Harassment

The Model Rules are not binding in any state, of course, and it is up to each jurisdiction to decide if they want to incorporate the discrimination and harassment amendment to Rule 8.4. However, even a baby lawyer could have predicted the flood of objections that came the Committee’s way once the amendment to the Rule was proposed.

Does the Rule violate the First Amendment? Is the Rule too vague to be enforced? What counts as bias and harassment? What counts as knowing discrimination? Are law firm diversity policies discrimination? What about hiring partners with large books of business? What does “in connection with the practice of law” mean? Why isn’t it limited to, as it is in the comment, “in the course of representing a client”? Does it include outside advocacy work? What about running for office? Why didn’t the ABA do what Illinois does and require that a tribunal make a discrimination finding before the professional misconduct decision is made? How far outside of the office or the courtroom does “conduct related to the practice of law” extend? And what exactly does it mean to discriminate on the basis of“ socioeconomic status”?

I think these are valid debates that will happen at the state level. Again, the Rules have no force until state bar associations or supreme courts adopt them. However, as these debates will no doubt rage on, I hope that the committees look at another side of the debate, one that both the media and the public hearing on the Rule focused a great deal on–harassment of women.

Harassment of Women in the Courtroom

Much of the popular discussion in the media around Rule 8.4(g) discussed one thing–harassment of women in courtrooms. “Bar Association Considers Striking ‘Honeys’ From the Courtroom” read an August 4, 2016 headline in the New York Times. Another from the Facebook page of The National Center for State Courts: the ABA “has banned sexist language in the courtroom.” Quartz: “Lawyers can now be fined for calling women ‘honey’ or ‘sweetheart’ in US courts.” The Seattle Times: “’Honeys’ finally barred from courtroom; ABA move long overdue.” Even Teen Vogue got in on this, “Good News Honey: American Courtrooms Just Got A Little Less Sexist.”

On their Facebook page, the New York Times asked women lawyers to comment on when they had faced sexist behavior in the courtroom. The post got over 12,000 likes, 2322 shares, and 536 comments. Women talked about being called “cupcake,” “honey,” and “blondie.” One woman reported that one of her bosses kept Playboy magazines in the only office restroom. Another had women employees give him a kiss every morning. Several women talked about being constantly mistaken for the secretary.

And in the courtroom, more of the same. One woman was asked on the record if she had children and what her husband thought of her working. A judge asked another female attorney, “How married are you?” Another told her to watch her carbs so she didn’t get “ big thighs.” Several women mentioned being criticized for behavior that wouldn’t be seen as objectionable in men, such as being told to “Calm down” or “Dial it down, little lady.” One judge told a woman that her voice was “too high-pitched ” which “might irritate the jurors.” Another said, “The day of my first trial, Defense counsel told me in chambers that he was ‘glad he could be my first.’ Then he and the male judge laughed as I squirmed in my chair.”

As one woman commented in response to the many comments saying that it was not disrespectful to call a woman, “dear” and “sweetheart”:

Would you call a man “Dear,” “Sweetheart,” in a professional environment? No, because it’s infantilizing and disrespectful. It’s not complimentary to refer to a professional whom you have no personal connection to, not to mention in their professional setting, by generic pet names meant to casually demean them.

These are all problems that exist for women in our profession. They also exist for those in the various protected classes that Rule 8.4(g) mentions. A Florida judge is currently under review by the state’s judicial commission. Among other comments he allegedly made, he told African Americans to “get back on a ship and go back to Africa.” After a female staffer complained about her workload, he called her a “bitch.”

You don’t have to even look further than our own state to see that discrimination and harassment in both words and deeds still exist right here, right now. Our Commission performed a survey on civility in the profession in 2007 and again in 2014. In both surveys, women and minority respondents highlighted the high levels of harassment and discrimination they received from their peers.

Can We Limit Harassment in the Profession?

Here’s the truth. I was one of the people who didn’t believe in the need for Rule 8.4(g). Partly because of the reasons listed above, but also partly because of my job. We at the Commission have long encouraged aspirational conduct and changed behavior across the profession. Rules create a floor that attorneys cannot go below, not necessarily a ceiling for them to aspire toward.

At the same time, however, we also strive to eliminate bias and prejudice in our profession and in our legal system. Shouldn’t we hold ourselves to a higher standard? Our profession is certainly better than it was fifty, or even twenty years ago. But we still have work to do. And it’s easy for us attorneys to identify problems. It’s what we do. Offering solutions though, that’s less easy.

The problem of harassment exists, for many in our profession. The default idea is to let time pass and wait for people to change. That’s been working. But, first, that idea ignores the significant civil rights and legal victories won over the past fifty years to work toward equality in the workplace. And second, to put it bluntly, women and minorities have been in the legal workplace for over a century now. How much longer will it take?

And so, perhaps, I am a risk-adverse lawyer still. I see the arguments on both sides of the matter. I remain concerned by both. But the last word doesn’t lie with me. It lies with you. In Illinois and elsewhere, this Model Rule against harassment and discrimination may come up for adoption. If so, there is likely to be a notice and comment period. Get your voice heard. Go in for the debates. Submit your comments. Write blog posts and articles. Discuss a rule that might transform the culture of the legal profession. In this election year, let’s celebrate one of the many great things our democracy has given us–the power of free debates and letting everyone’s voice be heard.

This article was originally published on the Illinois Supreme Court Commission on Professionalism’s 2Civility blog on August 18, 2016. It was reprinted in the WBAI Fall 2016 Newsletter. 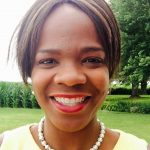 Michelle Silverthorn is the Diversity & Education Director for the Illinois Supreme Court Commission on Professionalism. Certified in both cultural competency and instructional design, Michelle speaks and writes on issues of civility, professionalism, diversity and the multi-generational workplace. A graduate of Princeton University and the University of Michigan Law School, Michelle lives in Chicago with her family.