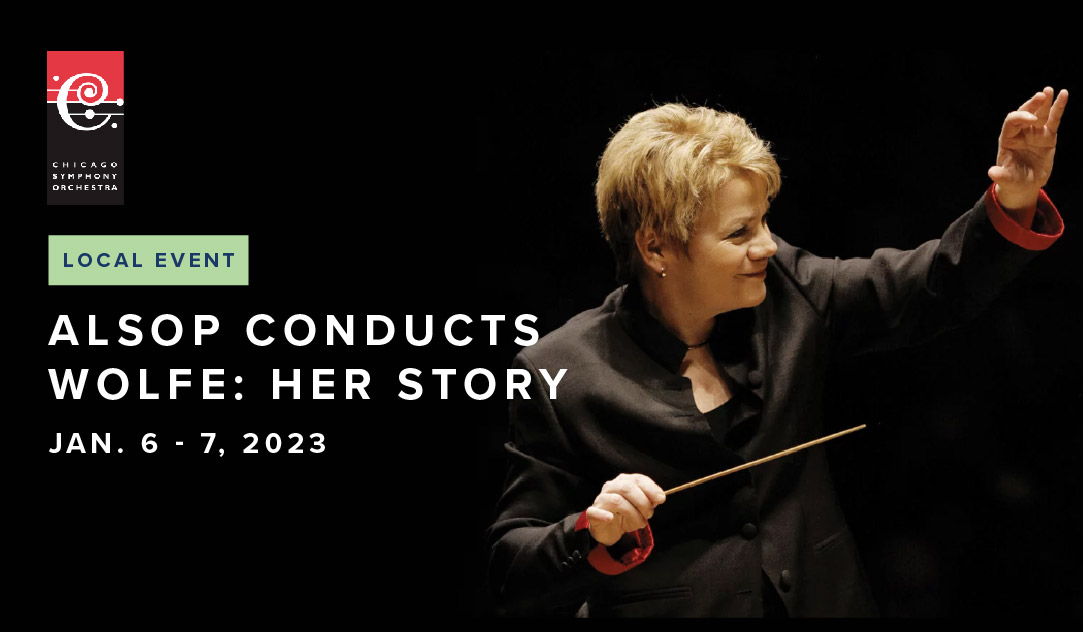 The Chicago Symphony Orchestra has offered the Women’s Bar Association of Illinois 20% off tickets to Alsop Conducts Wolfe: Her Story on January 6 and 7. Conductor Marin Alsop will be leading the Chicago Symphony Orchestra in three pivotal works by 21st-century women composers. The program is centered around women persevering to promote and create a more equal landscape.

The code to access 20% off tickets is ALSOP. Order your tickets today!