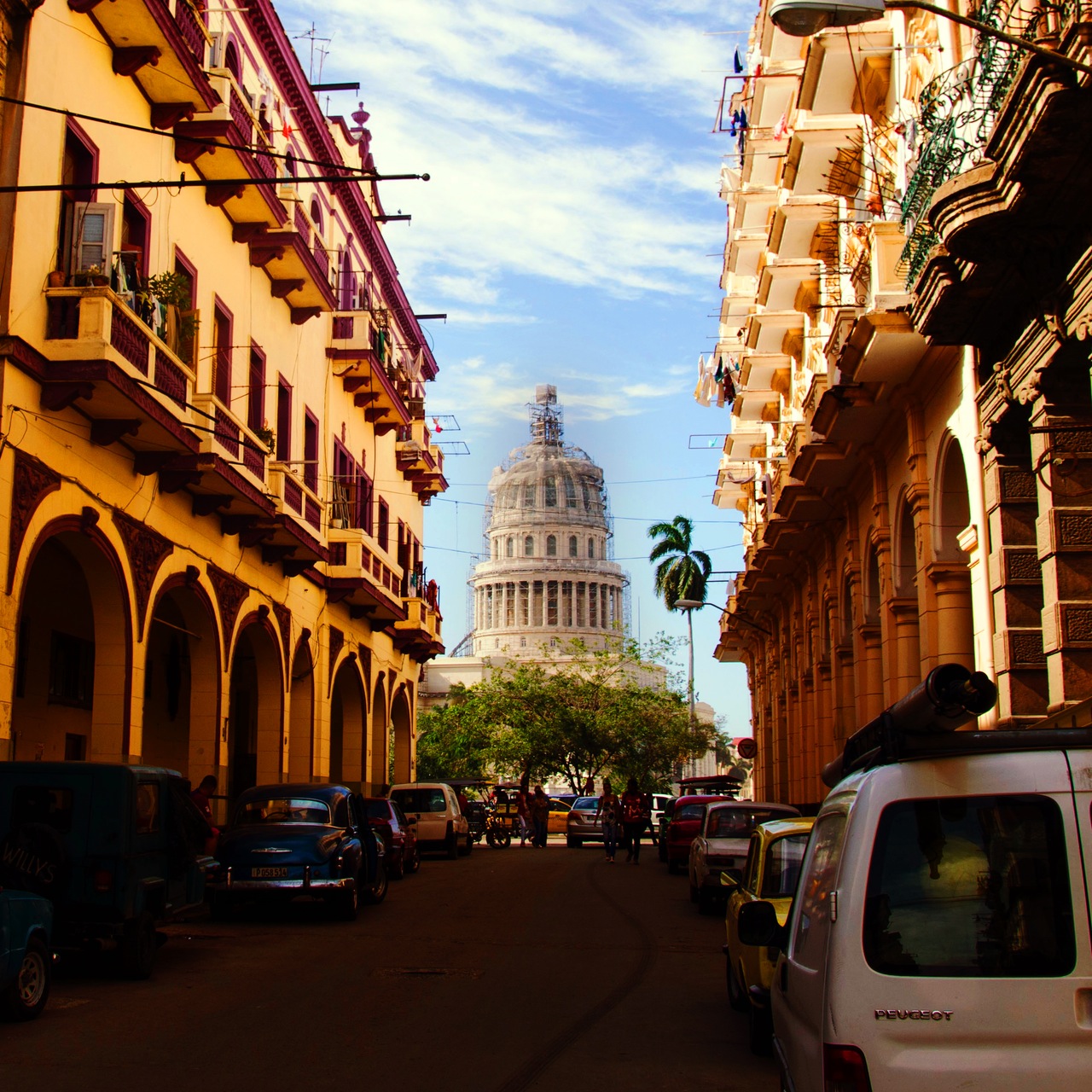 How my trip to Cuba began.

This past summer of 2016, I had the opportunity to travel to Cuba with fellow students and faculty members of Southern Illinois University. Due to the U.S. embargo on Cuba, citizens and residents of the United States are only permitted to travel to Cuba if their purpose for going falls within one of the twelve categories issued by the Office of Foreign Assets Control. See Harriet Baskas, “Thinking About Going to Cuba This Summer? Here’s How to Do It,” (April 26, 2016), http://www.nbcnews.com/business/travel/thinking-about-going-cuba-summer-here-s-how-do-it-n561956. Southern Illinois University holds an academic license that permits SIU students and faculty to travel to Cuba for academic purposes. In addition, there are some expectations where travelers must have a schedule of activities planned out, and then retain documents proving how they spent their time. See Mara Sofferin, “A how to guide to visiting Cuba that finally makes sense,” (March 16, 2016), http://www.cnn.com/2015/12/18/travel/cuba-travel-rules-explained/. Prior to our departure we were given a pre-approved itinerary that we were compelled to follow while in Cuba.

In preparation for our trip, we read books about Cuba, participated in oral presentations, engaged in class discussions, and were visited by guest lectures that heightened our awareness of things to expect and challenged our minds on certain preconceived notions during our time in Cuba. Much like what would regulate a majority of our conversations whilst in Cuba, this legal globalization class taught by SIU Law Professor Cindy Buys, offered a particular focus on the changing legal and business environment in Cuba. In light of the restoration of ties between the United States and Cuba, and the possibility of normalizing a hostile relationship of isolation that has existed for over five decades, our trip became more than a chance to tour Cuba. For me specifically I was part of a group of Americans who had the chance to listen and learn from the perspective of the Cuban people about how the embargo has affected their lives.

While in Cuba we visited the cities of Havana, Viñales, Cienfuegos, Trinidad, and Santa Clara. We met with other Cuban government officials, law students and faculty from the University of Havana, and other businesspersons in Cuba. We engaged in cultural activities such as walking tours through historic Old Havana, visited La Floridita (where Hemingway used to frequent,) and explored the coffee and cigar plantations that Cuba is known for.

When we discussed the normalization of U.S. and Cuba relations, the Cuban people we interacted with were very adamant in their proclamation of Cuban pride and retaining their Cuban identity. However, I grasped their deep desires to have the embargo fully lifted. They would consistently hint that in order to progress as a nation, they needed to revitalize economic ties with the United States.

I must say, that of all the Cubans we met, I was most impressed by the women. These women were strong and their presence was commanding. I acknowledge such things because I feel that in order to continue to appreciate the adversities and advancements of women in demanding positions such as the attorneys and the judges within the WBAI, it pays dividends to gain an external perspective from organizations that also share the mission of the advancement of women. In my pursuit to help better mine and others’ understanding, I was fortunate to have the opportunity to meet with the Federation of Cuban Women while in Havana, Cuba. Although my encounter with these women and their organization was not the focal point of my trip to Cuba, meeting the FMC and others active in the fight for gender equality were moments that most resonated with me. 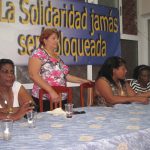 The Current State of the Embargo.

Currently, there are six main statutes that regulate the U.S. embargo on Cuba: the Trading with the Enemy Act of 1917, the Foreign Assistance Act of 1961, the Cuban Assets Control Regulations of 1963, the Cuban Democracy Act of 1992, the Helms–Burton Act of 1996, and the Trade Sanctions Reform and Export Enhancement Act of 2000.  See Cuba Sanctions, http://www.state.gov/e/eb/tfs/spi/cuba/.

The Federation of Cuban Women (FMC)

Fidel Castro, along with Vilma Espin who served as the organization’s first president, established the Federation of Cuban Women in 1960 as a part of the Revolution. See “Federation of Cuban Women (FMC).” Encyclopedia of Latin American History and Culture. .Encyclopedia.com.5 Oct. 2016 <http://www.encyclopedia.com>. The organization is known as the FMC, abbreviated for its Spanish title, La Federacion de Mujeres de Cuba. The Vilman Espin described the role of the FMC by saying, “Socialism for Cuban women means freedom, independence, sovereignty, dignity, social justice, security for the education and development of their children, the right to equality, to life, to decide their own destiny, to work for the future dreamed of and defended with all forces.” See FMC, Granma, “Statement By the Federation of Cuban Women,” (March 15, 2016), http://en.granma.cu/cuba/2016-03-15/statement-by-the-federation-of-cuban-women.  The FMC has advanced their main objectives through the mass education of women, integrating women in to various positions within the workforce, and encouraging both legislative and social change to achieve gender equality. See Federation of Cuban Women, 2003, http://www.womenandcuba.org/Documents/FMCinfo.pdf.

According to the online world atlas, Cuba ranks amongst one of the highest countries in terms of literacy rates. See Online World Atlas, (Updated September 19, 2016), “25 Countries With the Highest Literacy Rates,” http://www.worldatlas.com/articles/the-highest-literacy-rates-in-the-world.html.  The women of the FMC spoke of how during the Literacy Campaign in Cuba, the FMC sent literacy trainers around Cuba, with the goal of bringing literacy to the people. I remember one of the women saying, “It was us who taught the people how to read.” I listened to the FMC and was thoroughly impressed with this diverse group of women exercising pride in being part of an organization that fought for the advancement of women. Some of the FMC’s initiatives included opening day centers in communities so that the women could enter the work force while their children were cared for, offering safe spaces for women who were victims of domestic violence, and even combatting the high rise of prostitution through the education of women.

It would be delusive of me to neglect that I did slightly ponder that perhaps the reason the FMC was so effective was because their activities were consistently aligned with their government’s agenda. Castro’s implementation of the FMC was part of a direct strategy to involve women in the Revolution. This agenda held crucial in upholding the FMC’s influence. The women that spoke to us credited their success and efforts to the force of the Revolution, which allowed them to inform women that they must liberate themselves.

Regardless of the unpopular communist government led by Castro, the support of a system towards the advancement of a marginalized group, specifically women, allows for the development of societal balance and equality. Some have questioned statistics such as the high number of women in the Cuban parliament as merely a numbers game, inquiring whether or not women are actually empowered. See Luista Lopez Torregrosa, “The Cuban Woman: A rising power,” (June 9, 201), http://nytlive.nytimes.com/womenintheworld/2015/06/09/the-cuban-woman-a-rising-power/. Although I cannot offer a knowledgeable reply to such inquiries, I can say that the FMC is an example of how when women, in any culture come together in an organized manner for the advancement of other woman, the benefits to societal progression becomes evident.

This article originally appeared in the Fall 2016 Newsletter. 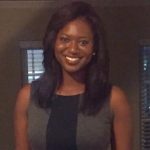 Mariam Mansaray is a second year law student at Southern Illinois University School of Law. Originally from Maryland, she completed her undergraduate studies at University of Illinois at Urbana Champaign. Mariam recently completed a summer judicial clerkship with WBAI past president, the Hon. Judge Jessica A. O’Brien. Mariam can be reached at mansara1@siu.edu.