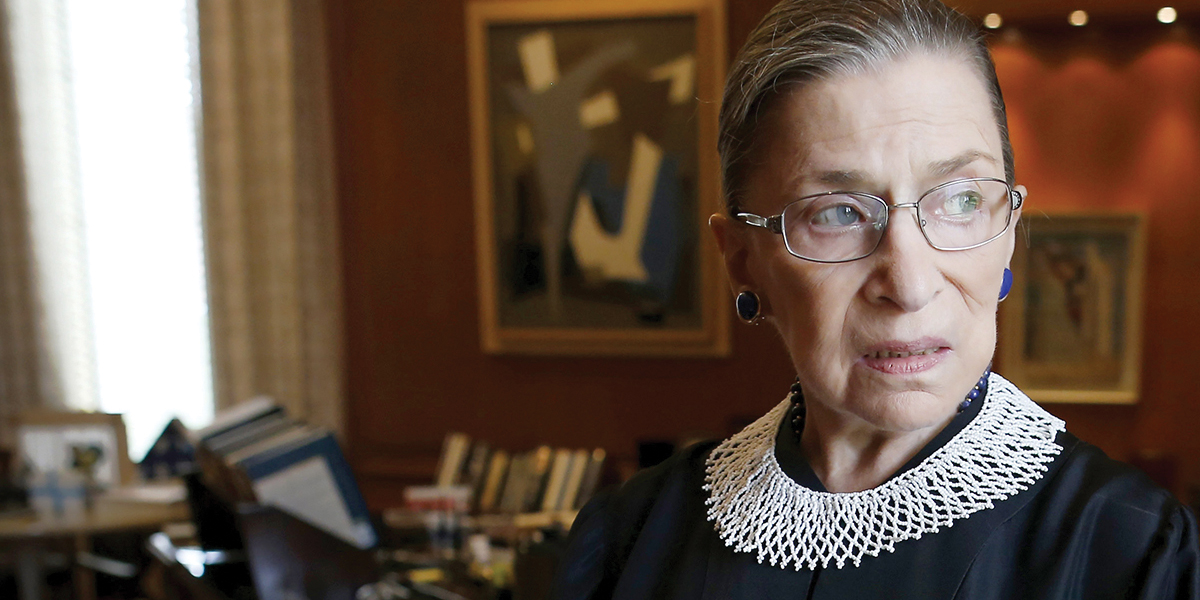 Roosevelt University, through its “2017 American Dream Reconsidered” conference, which focuses specifically on Law, Social Justice, and the American Dream, hosted United States Supreme Court Justice, and all around legal rockstar, Ruth Bader Ginsburg, in an open conversation.  The conversation was moderated by another force of nature, Judge Ann Claire Williams, who is a Senior United States Circuit Judge of the United States Court of Appeals for the Seventh Circuit, the first-ever African-American female judge appointed to the Northern District of Illinois and the Seventh Circuit.

Despite the event taking place on September 11, 2017, or maybe because it did, tickets sold out immediately after going on sale.  I was only able to obtain a ticket through that one friend who, when determined, can make magic happen. (Shout out to you, my love).  At the event, the line to get through security circled the entire city block around the Auditorium Theater, which gave past WBAI President, Dawn Gonzalez, an opportunity to canvas for signatures for Peter Michael Gonzalez’s judicial campaign.  It was my second time seeing RBG live.  I had been able to see her once before at the 2016 WBAI United States Supreme Court swearing in trip to Washington, DC, however, she is a national treasure and a living legend, so, when the opportunity arises, you go.

Justice Ginsberg continues to struggle with her physicality but, at 84 years old, she was sharp, charmingly polite, and had no problem correcting Judge Williams with any mistakes she made during the dialogue.  Social media complained that the questions asked by Judge Williams were sexist in that RBG was questioned on the practicalities of marriage and family when both parents worked – would a male Justice be asked those questions?  Social media complained that the discussion failed to properly highlight all of RBG’s career achievements – would a male justice been asked about his friendship with others on the Court, instead of elaborating more on his decisions?  If that is all social media heard, they were not listening hard enough.

She is a United States Supreme Court Justice after all, so she has to be circumspect in her political comments (although occasionally RBG has been known to let an unfiltered opinion slip).  Instead, she used specific stories from her life to show how: with advocacy, religious and gender discrimination can be defeated; hardship, struggle and loss can be the inspiration to achieve goals that the generation before you could never imagine; career and family do not have to be in opposition to one another; and, particularly important to me in today’s world, you can have relationships – even friendships – with those who do not think the same as you do by keeping civility and kindness in the forefront.

Her closing remarks included, “I think everyone who is in the legal professional has an opportunity and responsibility to use her skill or his skill to make life a little better for people who are not so fortunate.  That’s my idea of what it means to be a true professional.”  And with that, I was reminded to check some of my weariness and to get back to work.